Thoughts on "A Dance With Dragons" part 1

The thing about "A Dance With Dragons" by George R. R. Martin, and the series in general, is the complexity of it. Not only are we expected to recall the events we read about 6 years ago and the books before that, but we are also expected to understand references to hundreds of places around Martin’s world and hundreds of Houses and their family trees. The librarian side of me has always found this aspect of it to be fascinating; Constantly having to put the book down and study the maps in the front of the book, or the appendix in the back.

I’ve also found some great maps online, such as the map above. The full map is a true work of art. Here's the most complete map of Westeros I've seen as well as a world map (Though the Free Cities are a bit off. We were all just guessing about those until Martin put the map of them in "Dance." Thanks Martin!)

I use a website called the Citadel, they have a concordance of the series, but find it quicker for simple things to search the Wiki of Ice and Fire. However, sites like this have started to update so anyone reading “Dance” for the first time will have to use great caution.

I wonder what Martin uses to keep all these characters and locations straight. How does he remember how many children Maege Mormont has or which of Lord Manderly’s kids was killed at the Red Wedding? Does he have a database or pen and paper charts. It never ceases to amaze me that he can keep it all straight.

In “Dance,” we met Lady Dustin. She revealed that she was in love with Brandon Stark and that the feeling was mutual. In the Stark crypt she talks about how she blames Ned Stark for all of her life’s woes. Anyway, I was sure she’d never been mentioned before. I thought I’d finally found an example of Martin thinking of something after the fact, but nope, she was mentioned back in “Game of Thrones.” Martin knew exactly who she was and what her story was even though he waited 5 books to start to tell it. It’s like what they say about Homer’s Illiad, “No one dies nameless.” 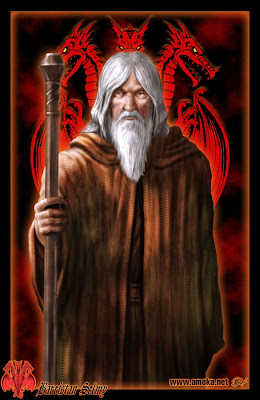 The final complexity is that we are expected to understand hundreds of years of Westeros historical and cultural references. Martin has outlines 300 years of Targaryen rulers and centuries of legend before that. In “Dance” that history seems more alive and relevant then ever before.

For Ser Barristan “the Bold” Selmy, many events of almost 50 years ago are just as vivid to him as the events of his present. And it is not only him, the surprise appearances of Jon Connington and Aegon Targaryen made the events of the War of the Usurper seem more influential to Martin’s overall story than the War of 5 Kings.

I think, two mysteries in particular are integral to Martin’s story: Who was the knight of the laughing tree at the tournament in the year of the false spring and what happened at the Tower of Joy? Barristan revealed some more clues, and I’ve had my own theories, but I’m sure we won’t get definite answers until the last novel.

I was fascinated with Barristan recalling the events of the Defiance of Duskendale and how in a way he is responsible for the events that followed since Aerys II lost his mind during his imprisonment. I liked the dichotomy that the Defiance was a high point in Barristan’s career since he single-handedly rescued the king, but he personally considers it a low point when he considers all the awful things the Mad King did and the war that stemmed from those actions.

Ser Barristan Selmy artwork is from an Italian Game of Thrones site Terra-di-Mezzo
Posted by Chimeradave at 7:42 PM