Thoughts on "A Dance With Dragons" part 3 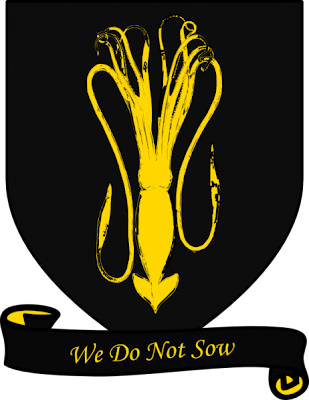 Part 3 of my Thoughts on “A Dance With Dragons” by George R. R. Martin.

The Greyjoys and all of the Ironborn get hit pretty hard in “Dance.” In “A Feast For Crows” you really started to get to know these people a little bit. You saw the Kingsmoot and got a feel for their culture (they are clearly based on the Vikings), they are a proud people who have always lived by the sword and they live on this one tiny archipelago. Since the rule of the Targaryens, the Ironborn have been handcuffed. Their islands can’t contain and sustain their numbers and yet when they raid in order to survive they face the wrath of a unified Westeros. Imagine what would have happened to the Vikings if there had been a European union in the Viking era.

Of course, I feel less sorry for the Ironborn when I realize that for the most part they’re a bunch of vain and arrogant pricks. Theon, Victorian and Euron all think they are God’s gift to women and believe it is their destiny to be great men, when in reality they are merely pawns in the game of thrones. 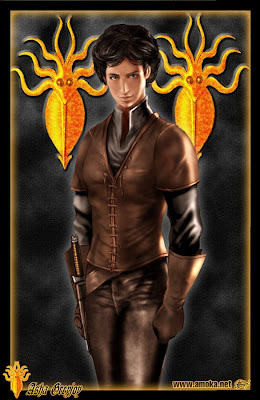 At the end of “Feast” I was convinced that the Ironborn were on an upswing, I didn’t imagine they’d conquer Westeros, but I thought they’d manage to eek out and hold onto some limited amount of territory. Instead, the Greyjoy’s conquests of Moat Catlin and Deepwood Motte were left without resupplies. Euron was more interested in fighting the Tyrells at the Shield Islands and sending 100 ships to impress Daenarys than protecting the toehold his brother Balon had envisioned.

My favorite chapter in the entire book was Asha Greyjoy’s first chapter. She holds Deepwood Motte, but she realizes that she can’t hold it forever without reinforcements. She knows her glory will be short lived, but she doesn’t care, she’s living the warrior life she was raised for. But, when the castle is attacked, she realizes it would be better to live than die fighting a losing battle. Her men feel the same way. They retreat into the forest hoping to get to their ships and just when they’re sure they’ve gotten away, they are ambushed in the darkness. But, her men seem determined to fight to their last breaths. Asha cuts down several men, but she is eventually overwhelmed. I read this and thought it was the perfect end for her character. The Ironborn or the Vikings both would have called her death glorious. I was kind of disappointed to see that she was still alive as Stannis’ prisoner.

I want to respond to the people that are criticizing Martin for not surprising us. Personally, I thought there were a lot of surprises in “A Dance with Dragons,” but these critic’s chief argument is “Well, people on the internet have been saying maybe Aegons alive for years.”

People on the internet have been saying it…So what! Does that mean Martin should
re-envision his story? “Oh, I’m not fooling them,” he thinks. “Instead of Aegon being alive, I’ll raise Baelor the Blessed from the dead. No one’s thought of that.”

People on the Internet have had years to think about this series. In that time they have come up with any number of theories. Ever hear the phase if you throw enough shit at the wall eventually something sticks? I’ve seen perfectly reasonable theories suggesting that Jon Snow, and/or Sam Tarly, and/or Tyrion Lannister are all Targaryens. [The last one is actually less far fetched after this novel because Barristan Selmy told Daenarys that Aerys II had the hots for Tyrion’s mom] But just because fans thought of it, it doesn’t mean it wouldn’t be surprising. I mean, I could say I think Theon Greyjoy is secretly a Targaryen. If that turned out to be true, I’d still be quite surprised. Is Martin’s job to tell an exciting and consistent story or is his job to razzle-dazzle us? 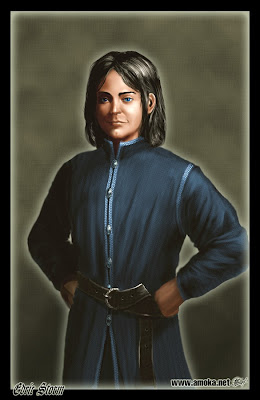 If the answer is surprise, here are two Martin hasn’t thought of:

1) Bran’s next vision is of a burly bearded man sitting at a computer typing his family’s adventures.

2) Edric Storm is brought to King’s Landing and stands before Tommen’s small council in the throne room. They ask him where Stannis hid the Dragon Eggs that were rumored to have been on Dragonstone. Storm breaks down under the pressure and admits, “Stannis made me smuggle one of them up my butt.”

Oh, wait, Martin’s out of luck, he can’t use either of those ideas anymore, because I already thought of them; They’d not longer be a surprise.

Posted by Chimeradave at 6:01 PM